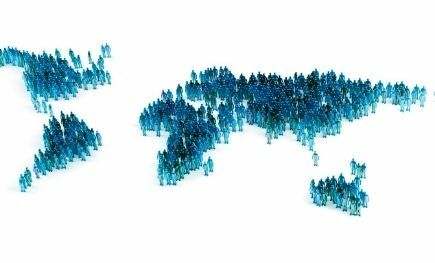 In today’s global economy, it has become increasingly common for companies based in the United States to engage workers who live in other countries to perform services as independent contractors. This practice has become even more prevalent during the COVID-19 pandemic with the broad expansion of remote work.

Furthermore, a U.S. company does not even have to issue a 1099 to a foreign contractor providing services abroad. Internal Revenue Service (IRS) Publication 515 states, “Compensation paid to a nonresident alien … for services performed outside the United States is not considered wages and is not subject to withholding.”[1]

However, there are also significant risks to hiring foreign independent contractors that should be carefully considered before doing so. In a prior post, I discussed various factors a U.S. company should consider when engaging foreign independent contractors to work abroad. This post addresses the potential negative consequences of this practice, which can be considerable.

Many countries have specific regulations that apply to independent contractors and impose penalties for not following the regulations.

For example, in the Philippines, Department of Labor and Employment (DOLE) Order No. 174 imposes specific requirements and restrictions on contractor relationships (e.g., written independent contractor agreement required, contractor must register with government) and hefty consequences for violations (e.g., violation of contract requirements renders the company the direct employer of its purported contractor).[2]

U.S. companies that hire foreign contractors to work abroad may face scrutiny and penalties from foreign governments for improperly classifying a worker as an independent contractor rather than an employee.

Broadly speaking, an independent contractor relationship normally exists if the worker can work for other companies, the relationship is short-term, the worker has control over how/when the work is performed, the worker assumes some business risk, and the worker pays his own taxes. However, each country has its own laws and regulations to determine whether a worker is a full time employee or an independent contractor, and these laws and regulations can vary widely.

In the U.S., a company that misclassifies a worker as an independent contractor may face liability in the form of back tax withholding (including Social Security and Medicare), overtime (for non-exempt workers), benefits, interest, and penalties.

In foreign countries with more employee-friendly laws, an employer might also have to pay back vacation/holiday pay, mandatory benefits, severance/notice pay, government fines, and other country-specific penalties, which can be quite expensive. The following are several examples of the potential consequences of improper classification of foreign workers:

Thus, a U.S. company that engages foreign independent contractors risks having to defend its classification of the worker in foreign courts or before foreign administrative agencies, which would likely require hiring foreign legal counsel and incurring significant legal fees and costs, and may ultimately have to pay significant penalties for improper classifications.

When a U.S. company engages an independent contractor to provide services in another country, the contractor’s activities in that country could result in the company being deemed to have permanently established a corporate presence in the country, which could implicate burdensome corporate and tax obligations.

Many countries have enacted legislation to address the tax ramifications of misclassifying workers as independent contractors. For example, the United Kingdom has adopted “anti-avoidance” tax rules that require companies to pay taxes on compensation paid to contractors who perform the same type of work as regular employees of the company.[6] In Romania, companies must pay the same payroll taxes for employees and independent contractors.[7]

Therefore, a U.S. company that engages foreign independent contractors to avoid paying employment taxes may ultimately find itself paying taxes and penalties in the country where the contractor works.

Although there can be benefits to U.S. companies engaging foreign contractors to work abroad, there are also significant risks that should be considered and weighed against the benefits. A U.S. company that engages foreign independent contractors to work abroad to save money can easily find itself losing money on legal fees, back pay/benefits, unpaid taxes, and penalties.

If you have questions about the potential risks of engaging foreign contractors, please contact Maureen Carr at mcarr@beankinney.com or 703-526-5597.