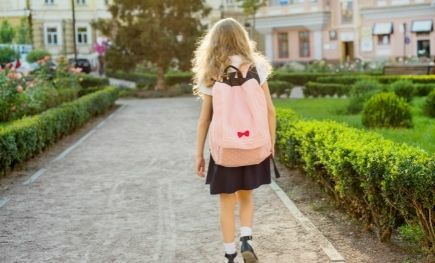 Title IX of the Education Amendments of 1972 (“Title IX”) is straightforward in its prohibition:

[N]o person shall, on the basis of sex, be excluded from participation in, be denied the benefits of, or be subjected to discrimination [in] any academic, extracurricular, . . or other education program or activity[.]

The statute has unquestionably transformed high school and college athletics for females in the U.S. For example, before Title IX was passed, about 310,000 women and girls played college and high school interscholastic sports. Now, more than three million females participate in school sports.

Yet Title IX’s importance extends far beyond the gyms and playing fields of interscholastic athletics. Consider the Fourth U.S. Circuit Court of Appeals recent decision in Peltier v. Charter Day School, Inc., a case brought by Bonnie Peltier, and other parents of female grade school students of the Charter Day School (“CDS”), a private school in rural North Carolina. CDS has a school dress code that includes certain requirements for boys only – belts are required, no jewelry, and neatly trimmed hair — and other requirements applicable only to girls, namely that girls must wear either skirts, jumpers or skorts, instead of pants or shorts, which can be paired with leggings for warmth (collectively, the “skirt requirement”). Students who violate the school’s dress code could be disciplined or even expelled.

When Peltier inquired about the skirt requirement during a student orientation, she was told by CDS officials that it was put in place “to preserve chivalry and respect among young women and men[,]” “Chivalry” meant, according to CDS’s founder “a code of conduct where women are . . . regarded as a fragile vessel that men are supposed to take care of and honor.” Peltier, dissatisfied with the school’s responses, joined with other parents of female students to sue CDS, alleging that the school’s skirt policy violated Title IX, the Equal Protection Clause, and the federal civil rights protections of 42 U.S.C. § 1983.[1]

According to the female students, CDS’s skirt requirement created numerous “practical problems[,]” including inhibiting them from moving freely and comfortably in their skirts, which led them to avoid activities during recess. Skirts also required them to “cross their legs or keep their knees together while sitting,” which distracted them from their academic work. One plaintiff testified that the school’s skirt requirement conveyed the negative message that “girls should be less active than boys and that they are more delicate than boys,” which translates into “boys being put in a position of power over girls.”

CDS defended the lawsuit arguing that Title IX simply does not apply to school dress codes. It cited a past regulatory explanation by the U.S. Department of Education (“DoEd”) that “[d]development and enforcement of appearance codes is an issue for local determination[,]” not a Title IX enforcement issue. However, the Fourth Circuit declined to defer to the DoEd, instead concluding that “[d]ress codes should be considered just like . . . any other activity under Title IX’s purview; they cannot be categorically excepted.”

The Court then turned to the question of how to apply Title IX to CDS’s skirt requirement. CDS urged the Court to “evaluate the uniform policy as a whole and compare the burden it places on each sex[,]” pointing to a Ninth U.S. Court of Appeals decision which found that a casino operator’s policy that required women but not men to wear facial make up did not unequally burden women because appearance requirements for men were a part of the same policy. The Fourth Circuit rejected that approach, choosing instead to focus on “whether the individual plaintiff was treated worse than others who are similarly situated[,]”

With that, the Fourth Circuit remanded the case back to the trial court to address whether, under Title IX, (1) CDS’s skirt requirement had caused the plaintiffs to suffer objective, individualized harm by excluding them from participation in or denying them the benefits of educational activities at CDS; and, if so, (2) whether sex was a but-for cause of them being worse off than similarly situated peers.

No, this is not 1821 or 1921. It’s 2021. Women serve in combat units of our armed forces. Women walk in space and contribute their talents at the International Space Station. Women serve on our country’s Supreme Court, in Congress, and, today, a woman is Vice President of the United States. Yet, girls in certain [] schools in North Carolina are required to wear skirts to comply with the outmoded and illogical viewpoint that courteous behavior on the part of both sexes cannot be achieved unless girls wear clothing that reinforces sex stereotypes and signals that girls are not as capable and resilient as boys.

This case brings into the forefront a new scenario for educational institutions when considering Title IX prohibitions. If you have questions about your policies and practices to ensure compliance with this decision, please contact Doug Taylor, at rdougtaylor@beankinney.com or (703) 525-4000.

[1] The Court dismissed the Equal Protection and Section 1983 claims, finding that CDS was not a state actor.