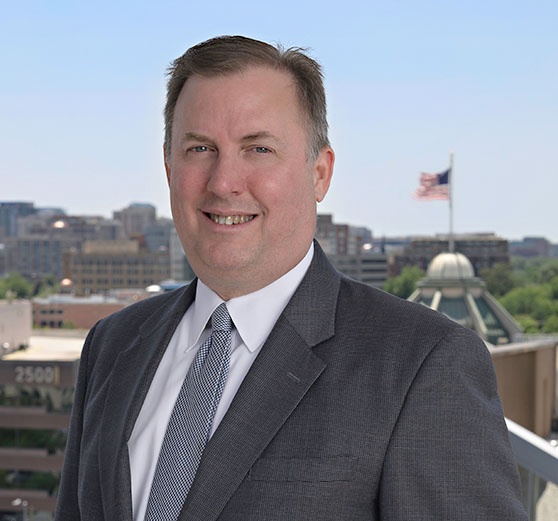 Timothy Hughes is the managing shareholder of Bean, Kinney & Korman. In that role, Tim is charged with managing the strategy, talent, and finances of the law firm.

Tim’s practice started in litigation and alternative dispute resolution. While the practice focused with clients in the construction and real estate industries, he handled other commercial disputes as well. Tim has extensive bench trial and jury trial experience. In addition, Tim has broad experience with alternative dispute resolution processes, including both mediation and binding arbitration.

Over time, Tim began representing these commercial litigation clients as outside general counsel with respect to a variety of business, corporate, and sophisticated contract negotiation matters.

Tim continues to represent extensive numbers of clients in the real estate and construction industries in both litigation and transactional matters. He also acts as outside general counsel to a wide variety of businesses, with a focus in non-profits and small and medium businesses. In addition to having served on numerous non-profit boards, he represents non-profit organizations on corporate governance, bylaws, and policy development.

Tim aspires to first-class customer service, life-long learning, and acting as a catalyzer for the change or success of others.

When not working or obsessing over current events and history, Tim is almost certain to be found hanging with his awesome wife and two wonderful kids. The perfect setting would be strumming a guitar on a porch in Culebra. Tromping through the local woods with the dog or even just cooking dinner for the family while listening to music or a podcast works just fine too.

U.S. District Court for the Western District of Virginia

U.S. District Court for the District of Columbia

Marshall-Wythe School of Law, College of William and Mary, J.D., 1991